You are here: Home / MMoME in the News / We love it when a plan comes together! 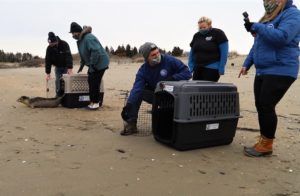 This winter, we continued our collaboration with our friends at Atlantic Marine Conservation Society (AMCS) in New York and teamed up for the first time with New Hampshire’s Seacoast Science Center Marine Mammal Rescue (SSC) to learn more about the post-release lives of rehabilitated seals.

At the beginning of February, AMCS’s Chief Scientist Rob DiGiovanni traveled to New England to help deploy satellite tracking tags on #108 and #77, two yearling harbor seals the MMoME team rehabilitated. These tags provide a non-invasive method of understanding where seals go after release and how well they do. Researchers hope to get three to six months out of each tag, which are attached to the animal’s fur with epoxy and fall off on their own when the animal molts.

#108, first rescued from Ogunquit in June 2020 and re-stranded underweight and with an ear infection in Massachusetts in December, responded well to treatment for his ear infection and gained enough weight for release by gobbling up the fish he learned to eat in MMoME’s care over the summer. 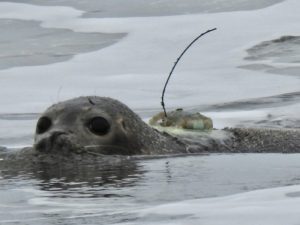 #87, rescued by SSC Marine Mammal Rescue in early December with pneumonia, malnourishment, and injuries, also rebounded quickly, and together they were ready to return to their natural habitat.

Given #108’s history, MMoME’s team acknowledged the importance of outfitting him with a satellite tracking tag to monitor his movements and further learn from his case. To maximize the benefit of DiGiovani’s expertise—and his journey up the coast from New York—we also looped in SSC for a two-for-one collaring effort to learn about both animals’ post-release lives and to explore the many questions we have about these animals.

Through these collaborations with our stranding network partners, we’re able to better understand these animals and their sensitive habitats by tracking where and how far they travel, the success rate of their rehabilitation, and by comparing their movements to tagged wild-caught seals.

Where will #108 and #87 go? You can follow their progress on social media. 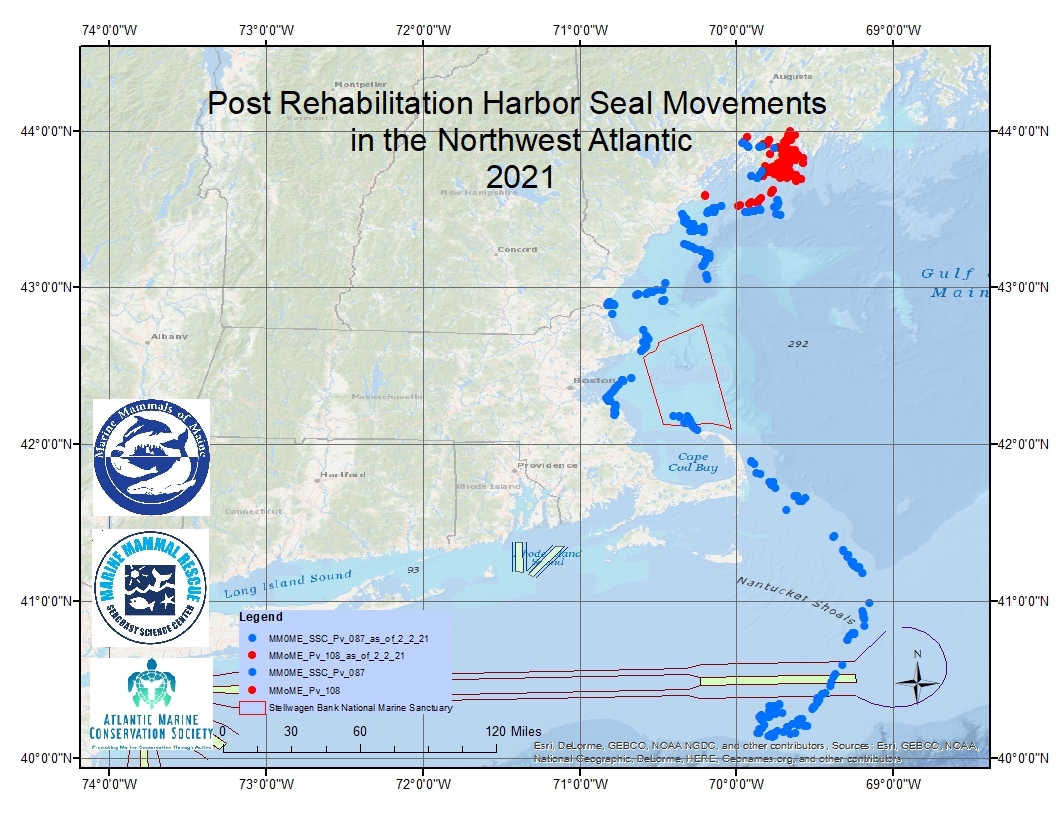