On April 22nd, 2016, a harbor seal pup stranded on Martinsville beach in Tenants Harbor, Maine. He was the first harbor seal pup reported to Marine Mammals of Maine’s (MMoME) hotline that year. His lanugo fur, the white fluffy coat usually shed in utero before birth, indicated he was born prematurely, and likely less than 48 hours old. Mother harbor seals naturally leave their pups on beaches to sleep while they go off to hunt. They return regularly to nurse if the beach is quiet and safe.

MMoME quickly dispatched a trained marine mammal response volunteer to assess the pup’s condition. He was alert and active, suckling on his flippers and vocalizing. To give him the best possible chance of reuniting with his mother after dark, the response team kept a close eye on him for the night. The next day he was still there, and now likely abandoned, needing intervention. This little guy, later named Jett, was too little and fragile to immediately make the 250 mile trip to a marine mammal rehabilitation center in CT. He spent the next 72 hours as MMoME’s first harbor seal pup patient in our triage center! Here, he was given a full exam with bloodwork before receiving round the clock care. Fortunately, he was closely monitored after being reported to MMoME, and was in good health condition. His treatments at the triage center ranged from tube-feeding a special formula every 4 hours, bath time, lots of nap time, and fluids to rehydrate him. Once stable, he was transported to CT for 5 months of intensive rehabilitation. On 9/12/2016, Jett was finally able to be released back to his ocean home, healthy and strong! 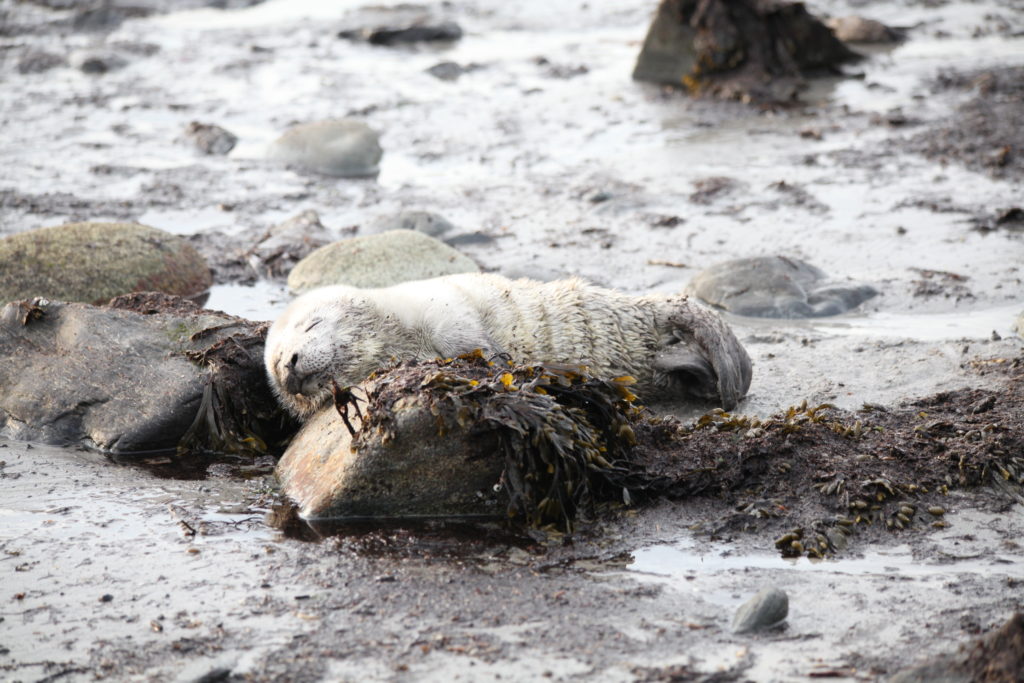 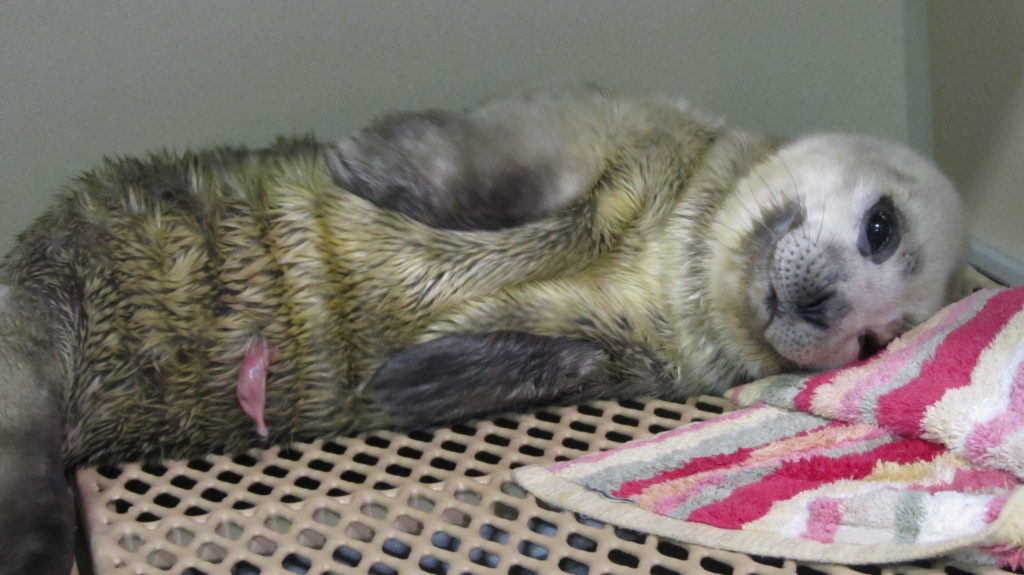 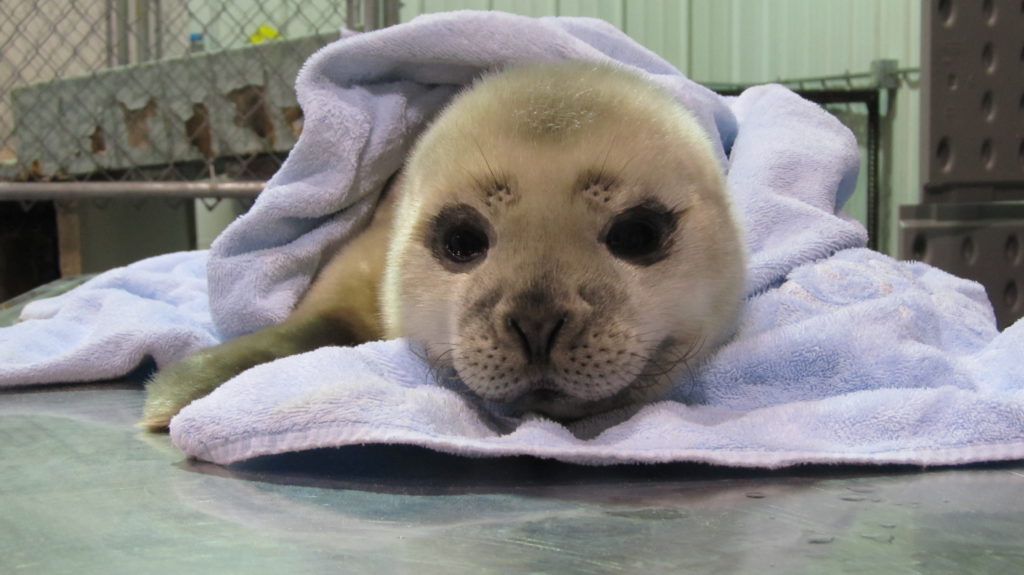