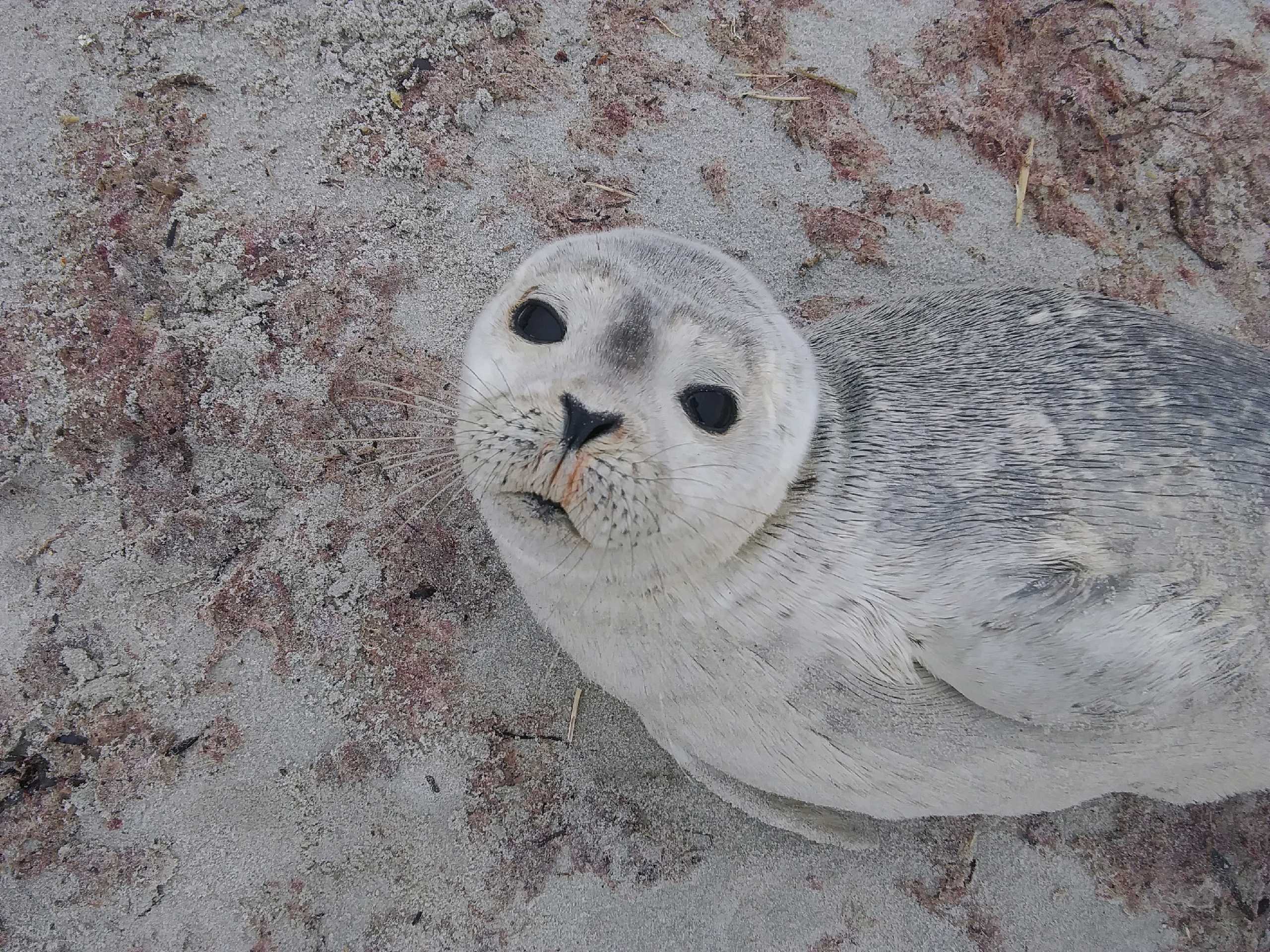 On August 12, 2018, MMoME received a report of a small seal that looked to be struggling in Old Orchard Beach, Maine. A volunteer was dispatched, and found a weanling harbor seal. She seemed to be a healthy weight, but was lethargic and had signs of an upper respiratory infection. She marked the 274th marine mammal MMoME responded to in 2018.

At this point in time, MMoME was beginning to document a significantly elevated number of harbor seals stranding in southern Maine. Initially, 274 was collected for transport to a quieter, safer location, but her condition deteriorated and she was instead transported to our center in Harpswell. After further examination by our medical team and consultation with our marine mammal veterinarian, 274 was admitted to our center for care. She was 16.7 kg (36 pounds) and 72 centimeters long (2.3 feet), and around 3 months old. She was fully independent, and had been weaned from her mother for a few months already. Shortly after 274’s admit, the National Oceanic and Atmospheric Administration declared an Unusual Mortality Event for harbor and grey seals in Maine, New Hampshire, and northern Massachusetts (more info on the declaration here). Test results indicated that 274 was positive for phocine distemper virus, the main pathogen identified in seals sampled during the mortality event.

274’s recovery process totaled 2 months, and included aggressive antibiotic treatments and ’round the clock intensive care, though her prognosis was guarded. We are happy to report that she responded very well! Further testing showed she had made a full recovery and was ready to be released. 274’s rescue and rehabilitation proved to be a fascinating process, given her initial test results. This made her post-release monitoring even more important. As a result, she was fitted with a non-invasive satellite tracking tag. 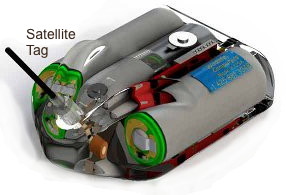 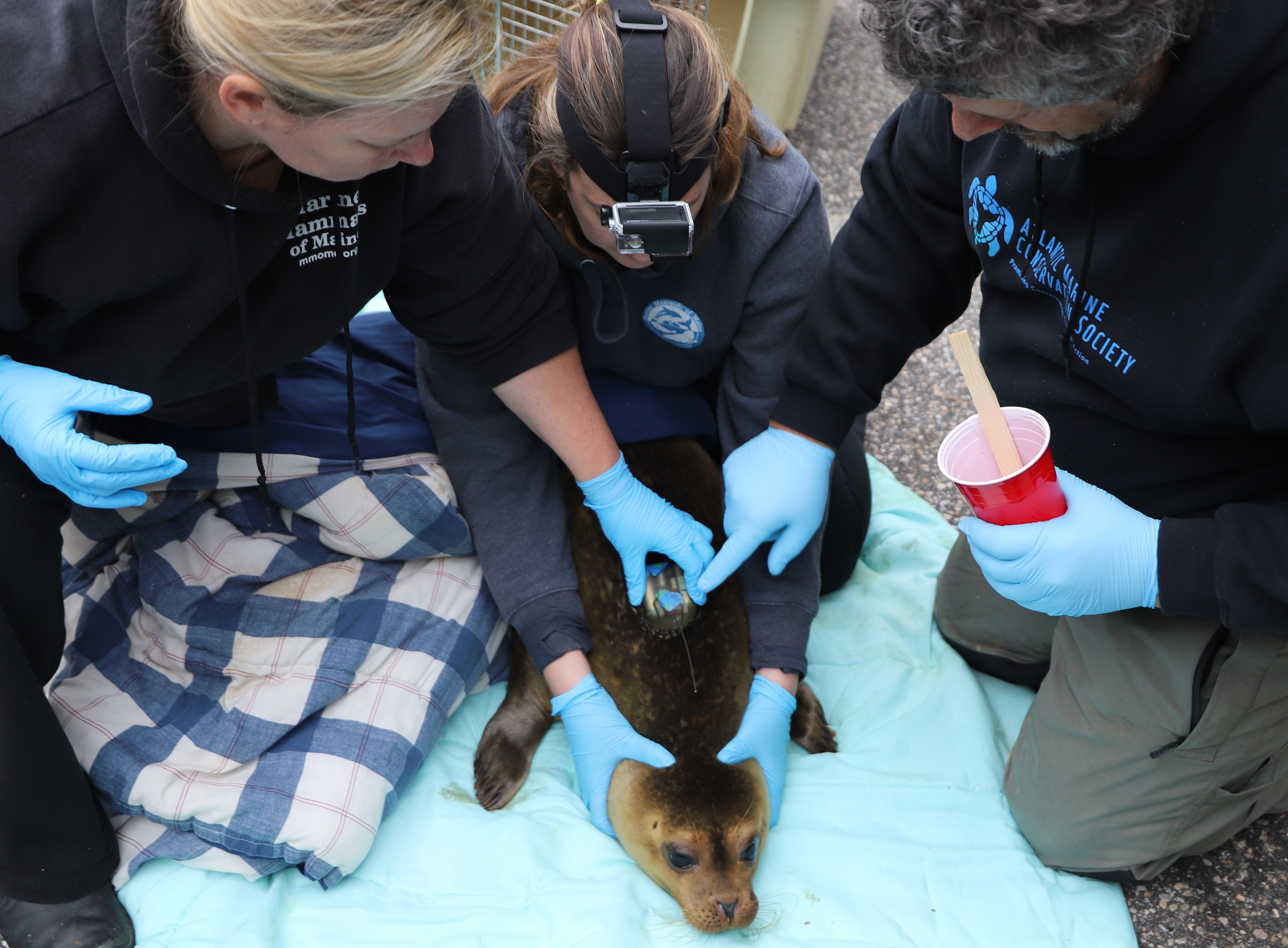 When 274 surfaces, the tag transmits her location to a satellite system, which can then be read in near real-time. The tag itself weighs only 100 grams and can last until she molts in 2019, at which point it will fall off. Through this tag, we can gather valuable information such as where she goes, how long she spends in certain areas, how she might be using different habitats, what her habitat ranges are, at sea durations, and learn more about post-recovery life of a seal that contracted the distemper virus. All this information can also help MMoME better understand harbor seal biology and ecology! 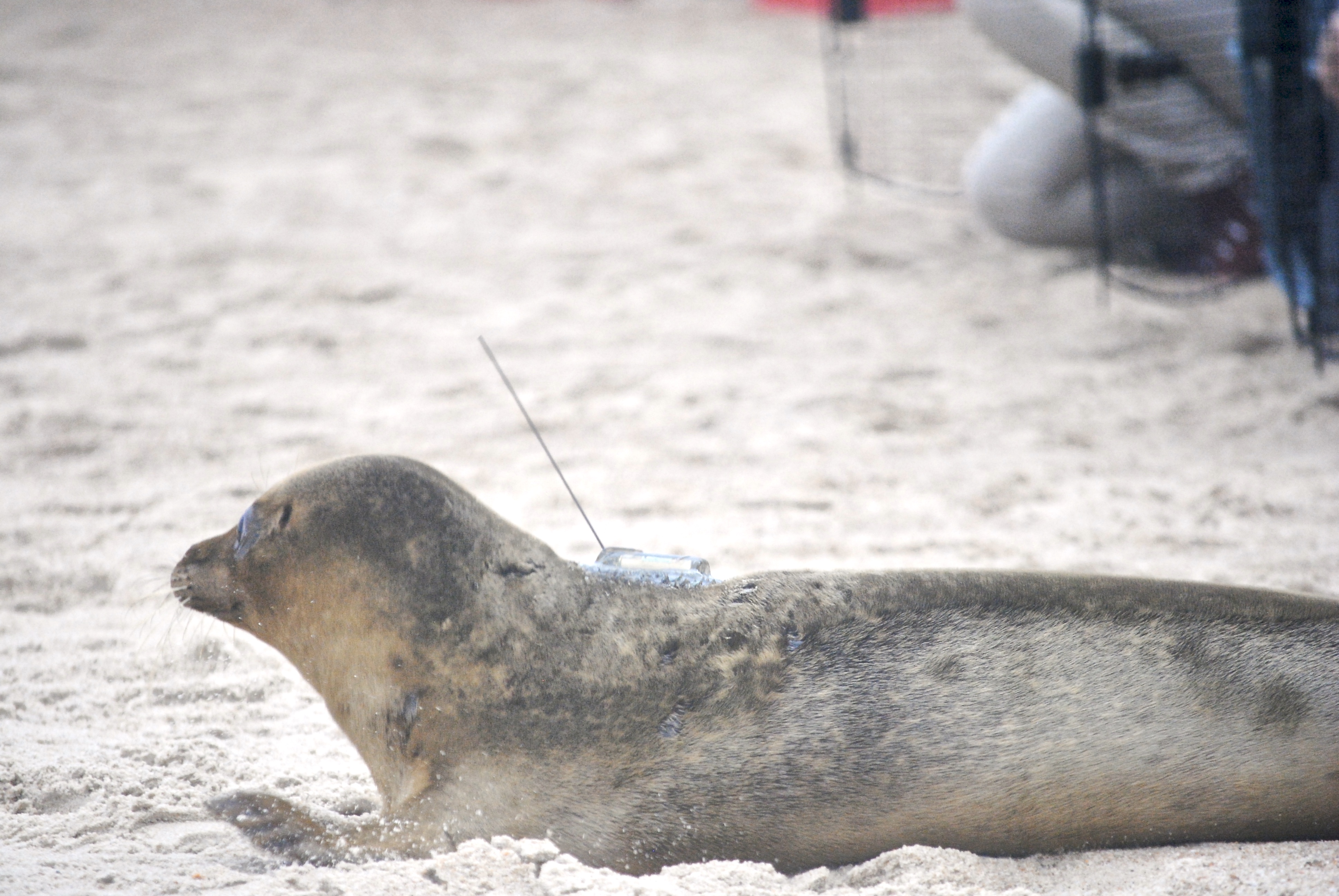 274 was released on October 15th, 2018 in Rhode Island. Though she was rescued in Maine, their habitat ranges widely (as you can see from her tag!) making out-of-state release sites suitable for this species. At the time of her release, 274 weighed 24.9 kg (54 pounds)! Check out what her tag data showed as of November 16th, 2018: 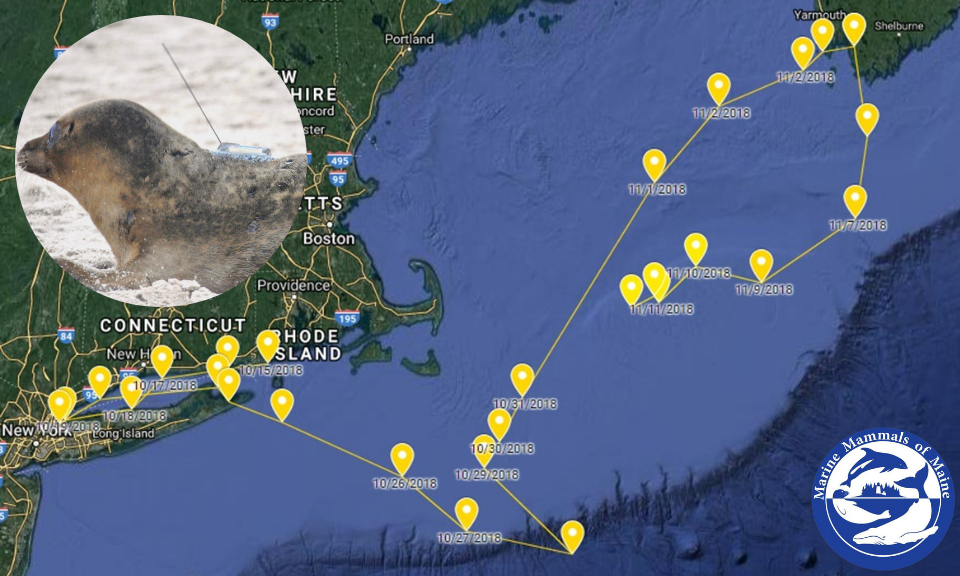 Just over a week later, 274’s tag data indicated that she had made her way back to Long Island, New York, pictured below. Unfortunately that was the last day her tag transmitted any data. It is common for tags to experience malfunctions in the field, and stop transmitting for any number of technical reasons. Though we cannot say for certain what happened to her or her tag, we are happy to see from the data that she was a healthy, strong individual post-release, and spent time in areas known to be good feeding grounds. 274 also received a permanent, plastic tag on her right rear flipper (also non-invasive and safe). Though it does not have any tracking capabilities, if her flipper tag is photographed we can still identify her! 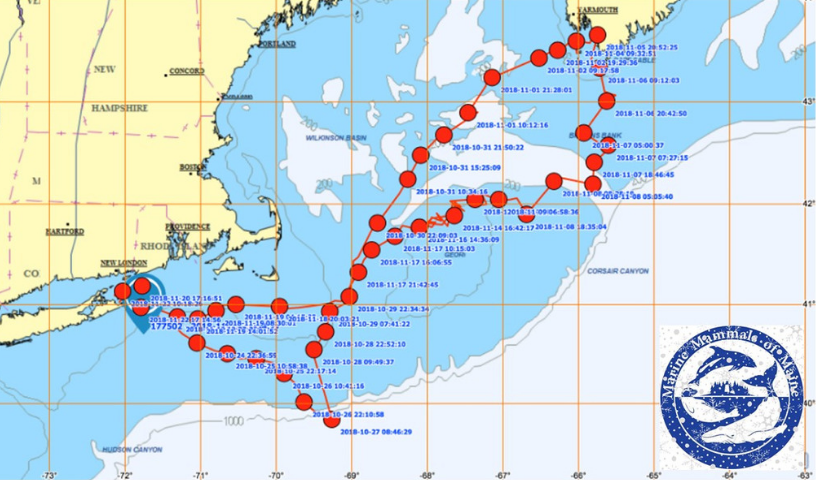