The first animal of 2016 to be reported to our hotline was a recently weaned grey seal. We could tell that she was recently weaned by the patches of lanugo (woolly fur) that are generally shed around the time of weaning.

She was reportedly stuck in the rocks, which despite being very rare, turned out to be the case! Two volunteers were dispatched to her location and found her 5 feet down between rocks with no way out.

With some hard work and creative thinking, our dedicated volunteers were able to remove her out from the rocks to give her a physical exam.

Our volunteers determined that she was healthy, and they braved the freezing cold temperatures to relocate her to a nearby sand beach for her second chance at life. 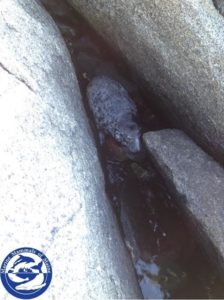 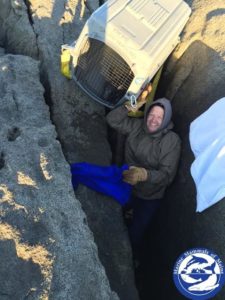 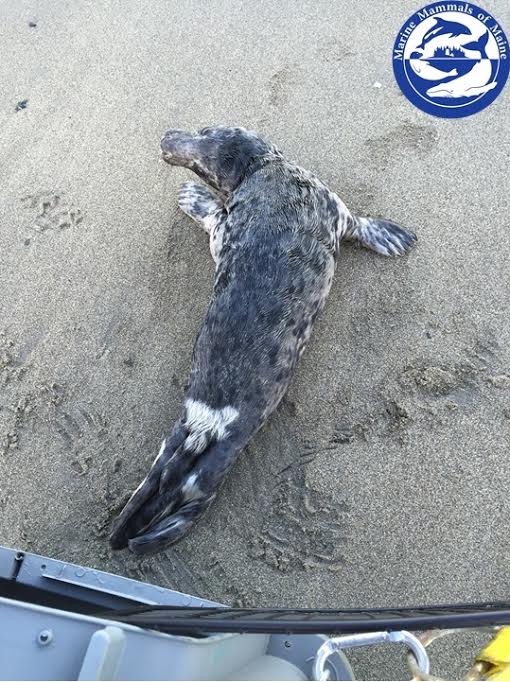